When the year of the sheep arrives, I wish I had opened a foreign car this year, batting the babes, and rolling in fortunes. Haha, daydreaming ended here, but this year's first little wish has finally been reached, that is finally able to lie on the bed to enjoy a big movie, highlighting a word - cool. What to see? It's not a TV but a projector. As a projector for the first time in life, I didn't expect it to feel so good. Therefore, I came to Zhang Auntie Lulu with her little face and share it with everyone. We also welcome value-friends to communicate and give instructions.

There are also half a year to move to a new home. Because of the small bedroom space, even if you hang a TV and put a small TV cabinet, you still feel a bit of space (and do not want to have a â€œmirrorâ€ on the opposite side), so you donâ€™t deserve it, but youâ€™re looking for an iPad for a long time. Films, small screens always feel effect is not to force, and a little confused, is the face was beaten, so the new year is determined to change the quality of life. I communicated with my high school buddy and told me about my situation. He recommended DLP short-throw projector to me (what time did you use the projector? Didn't tell me). I know of the projector, of course, but never thought about using it as a display device, but also what to put on the screen, where to hang this cloth. However, after some explanations from the classmates, I used to paint a white wall like my home. I didn't need to use a curtain, and the projector could be ceiling-mounted, which is very suitable for my bedroom.

Students so strongly recommended, then I believe it once, then search Baidu, see evaluation, found that BenQ's projector is also good, the price is also suitable, but in the end is to buy smart i700, or buy non-intelligent W1070 +, and tangled with me Now. After some deliberation, the final decision was to choose W1080ST+. Because the room is too small, only a short focus! ! The key is to see a lot of value of the friends through the W1080ST, rush to awesome. W1080ST+ purchase a box to achieve the i700 effect, the box is not much of this thing, does not take up any space. Moreover, the box is also cheap, and the hardware can be used every year for a very small amount of money. On the other hand, although the W1080ST+ is slightly more expensive, it is certainly more effective and rich. It is such a wayward way!

The number of code words is very much, and everyone is impatient, and we are ready to give everyone a blueprint. However, since it is the first time using projection, the setting may not be perfect, and the shooting device uses the iPhone 6 Plus (there is no SLR, I heard that it destroys three generations), so the effect of the camera will be somewhat different from the actual one.

First to a shopping link:

Why don't you like Jingdong because you don't like Taobao! Aunt Zhangâ€™s share of W1080ST's Haitao shared its influence and thought of Haitao. However, my brother saw a buddy whose W1080ST was the same as the president of the country. He was still a little worried about the fake goods and spent so much money. Buying a big guy, be careful, if you have problems, you can also look for after-sale ..... There is a key factor: Brother is not like to wait! The kind of day-dreaming and hope-seeking people want to scratch the wall ~~~ 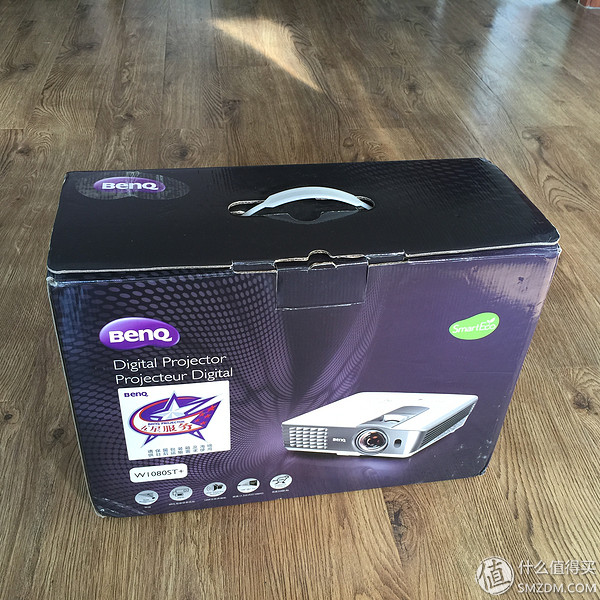 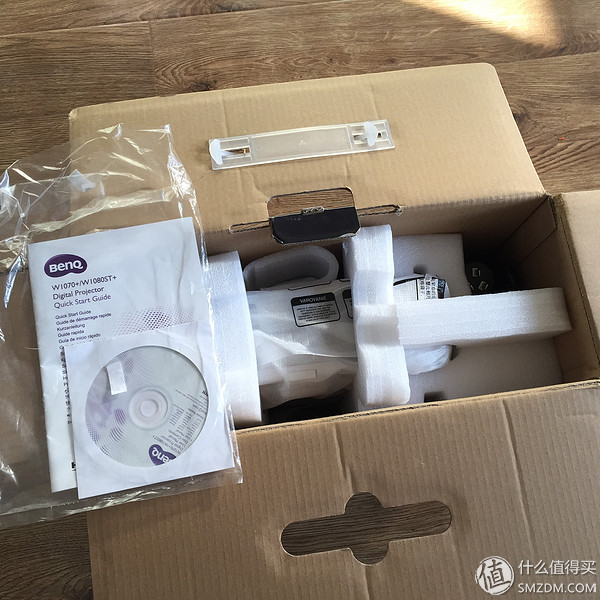 Inside the package is still very tight

Not much material, projector, remote control, power cord, I do not have 3D glasses 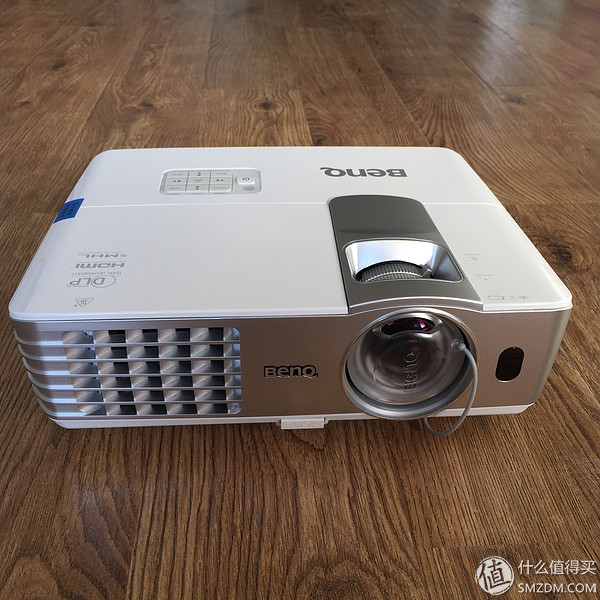 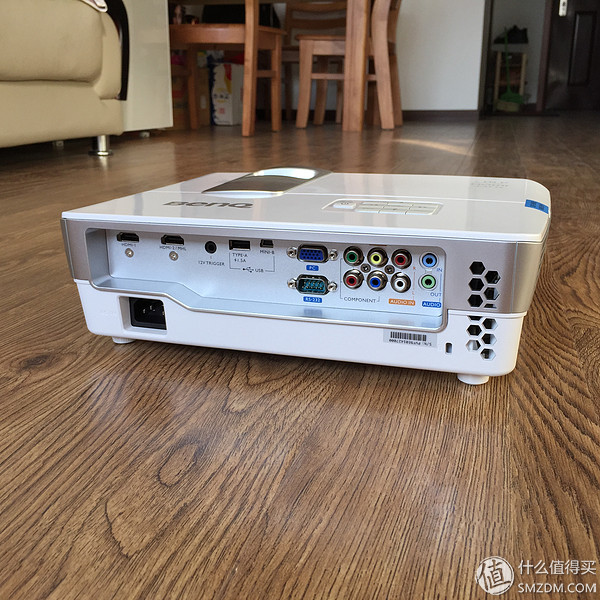 The interface is full, HDMI is enough for me (it has MHL, Android phone users can enjoy) 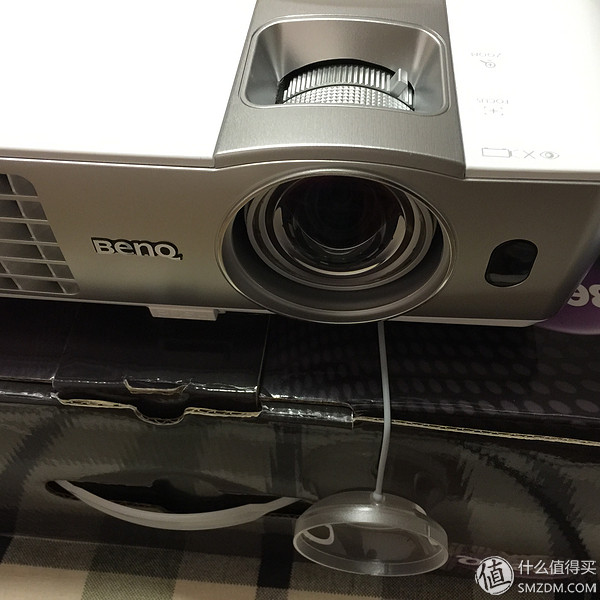 Close-up of the lens section 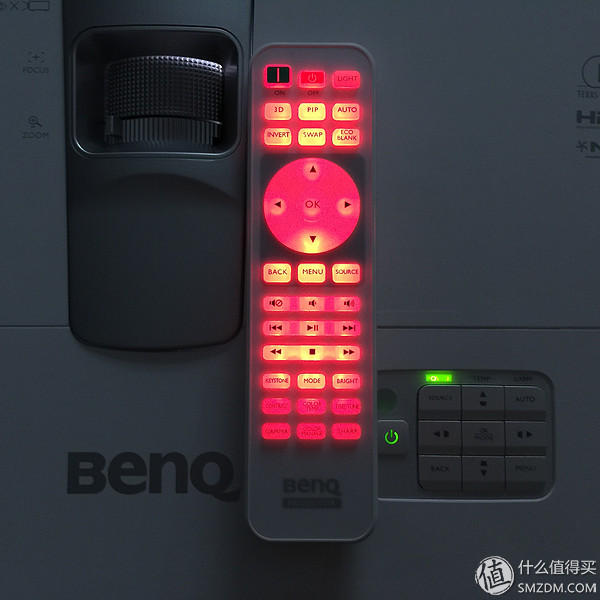 The remote control can be bright, not afraid of the black light in the room. 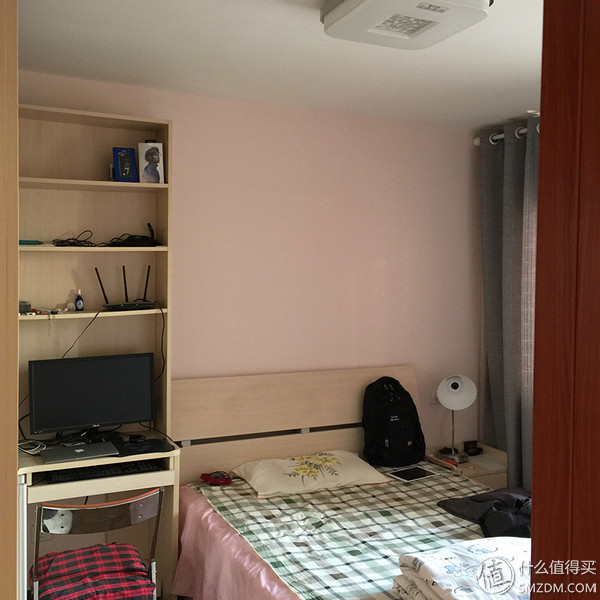 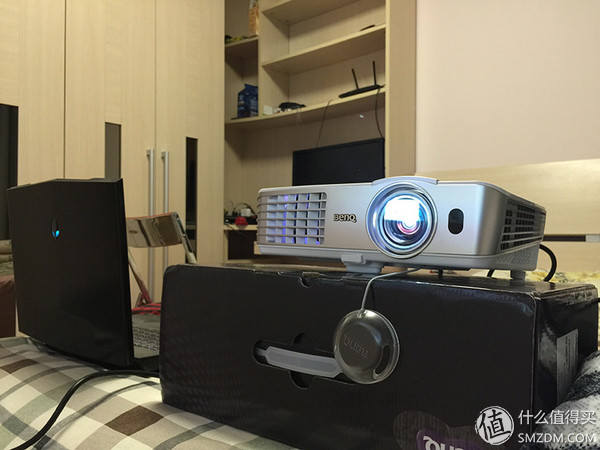 Try to put the bed before the ceiling 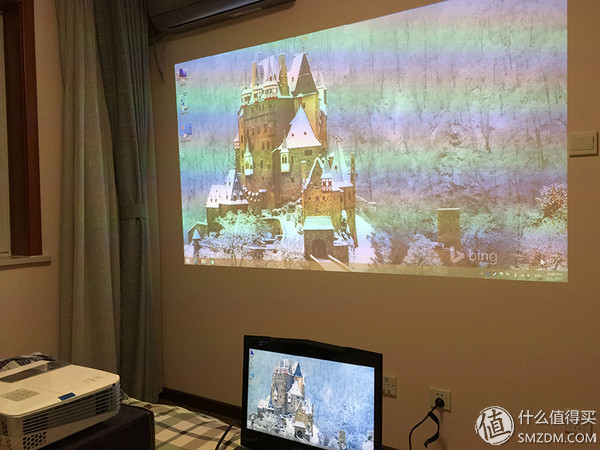 BenQ's short shot is very strong, so the whole wall is thrown so close (this photo turns on the light, the effect is not good) 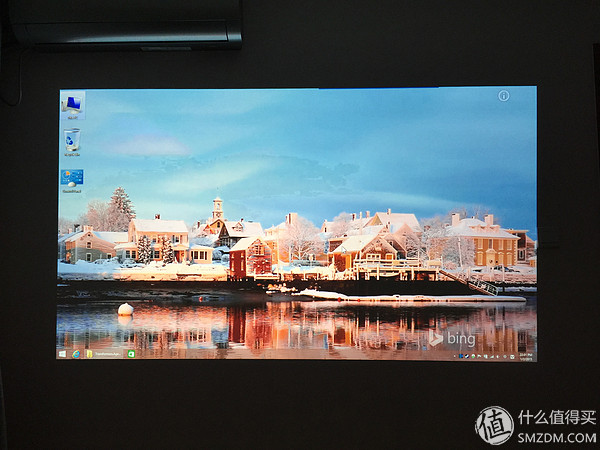 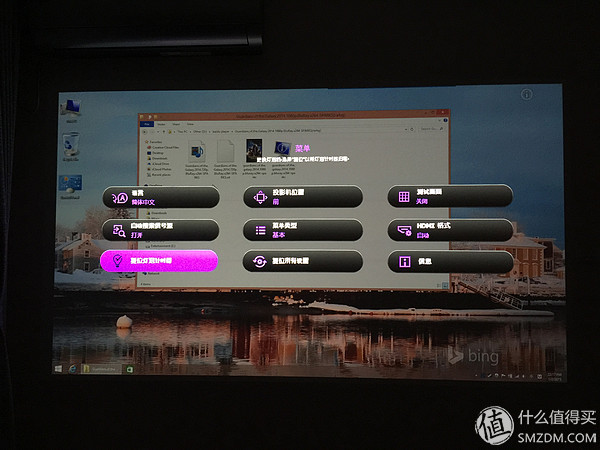 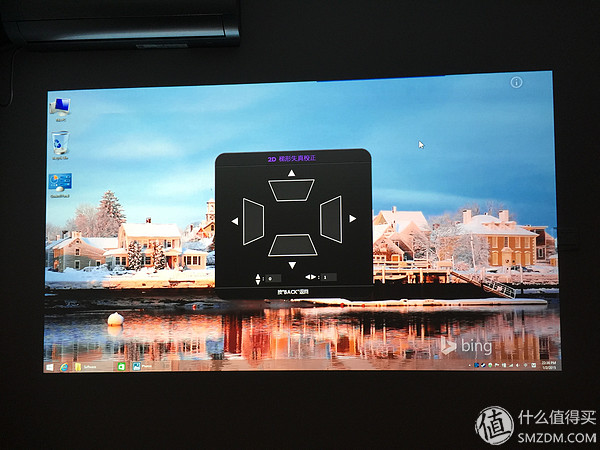 Correct the shape of the projection, with this function the projector does not have to face the wall 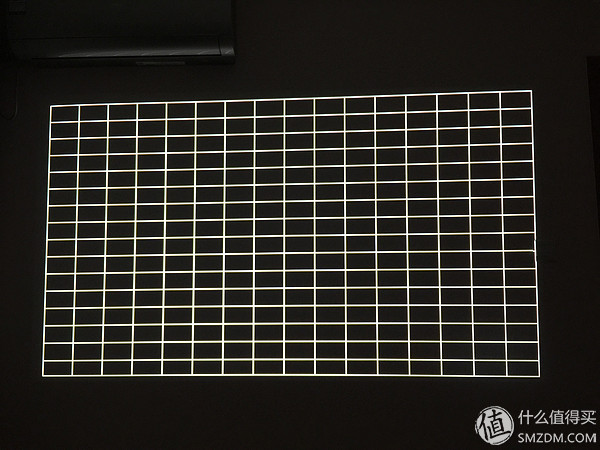 The tool for testing the flatness of the curtain, of course, can also see that my home's wall brush is quite flat. 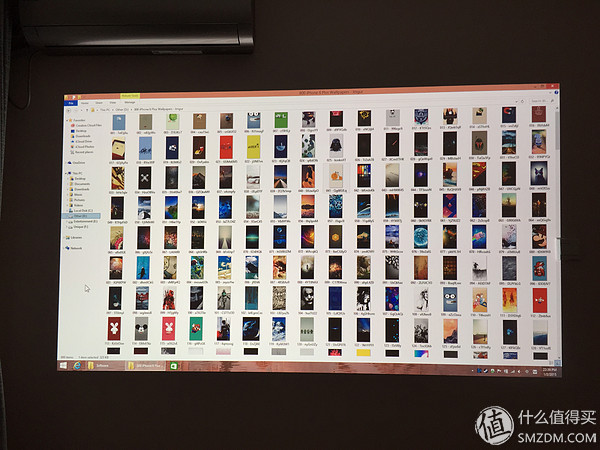 Want to take a look at the effect of static wallpapers, but unfortunately find only a few hundred iPhone wallpapers on the hard disk 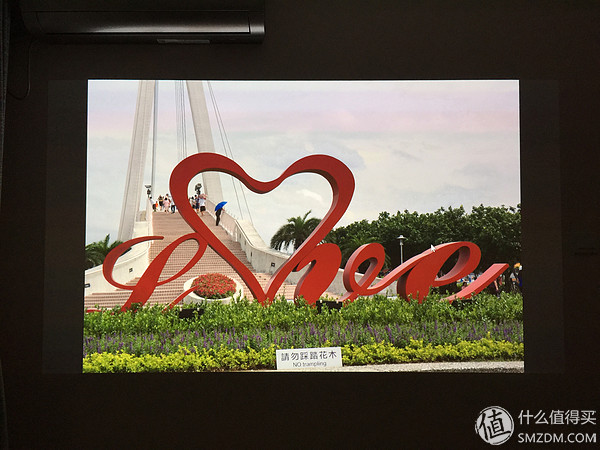 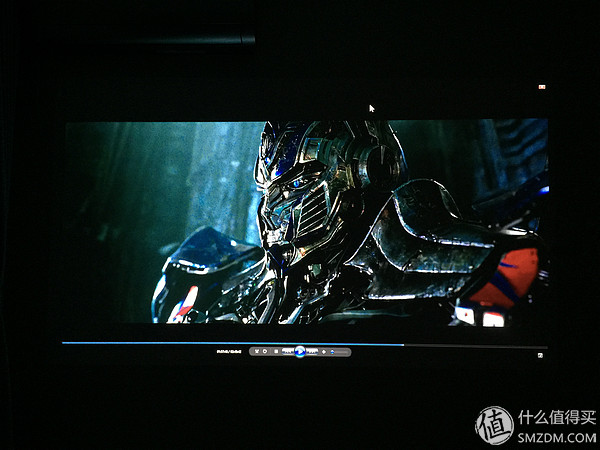 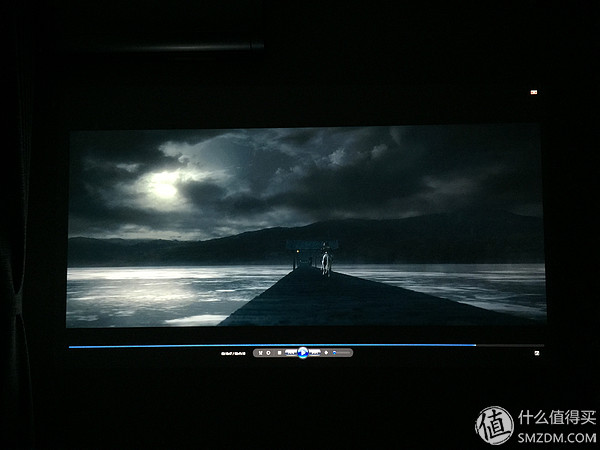 The scene in "The Hobbit 2" has a transitional nature and clear details. It is a test of grayscale performance. 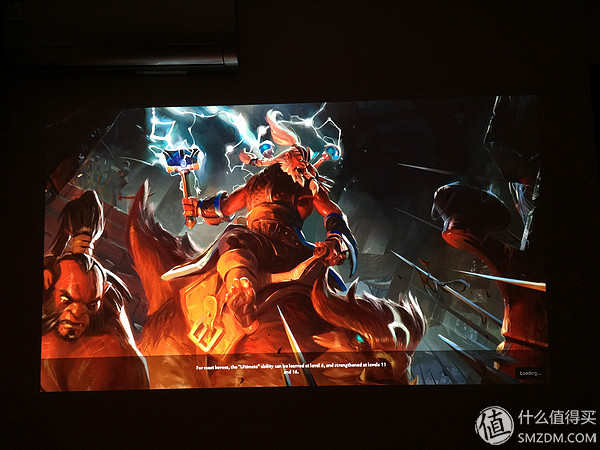 Summarize the following feelings, the first time with projection, very pleasant surprise, the effect is very like. The performance of the colors is very beautiful, and it will be more sensational to see the film. At the same time, it will be very detailed in terms of details, contrast, etc. This can be seen in the two films â€œTransformers 4â€ and â€œHobbit 2â€. Intuitive experience, and then this is the first time I use it, I think it will definitely need a warm-up, so the opening is still energy-saving mode, if the light bulb power is fully open, I believe the effect will be better. Moreover, this little guy can easily throw a 100-inch giant screen, and the bedroom to install a 100-inch TV is not realistic, usually 50-60 inches on the sky, obviously this ratio, with projection only There is a sense of home theater, more power than TV. If you also like to watch movies and play Xbox games, really, or into the projection, you will definitely 32 points for it.