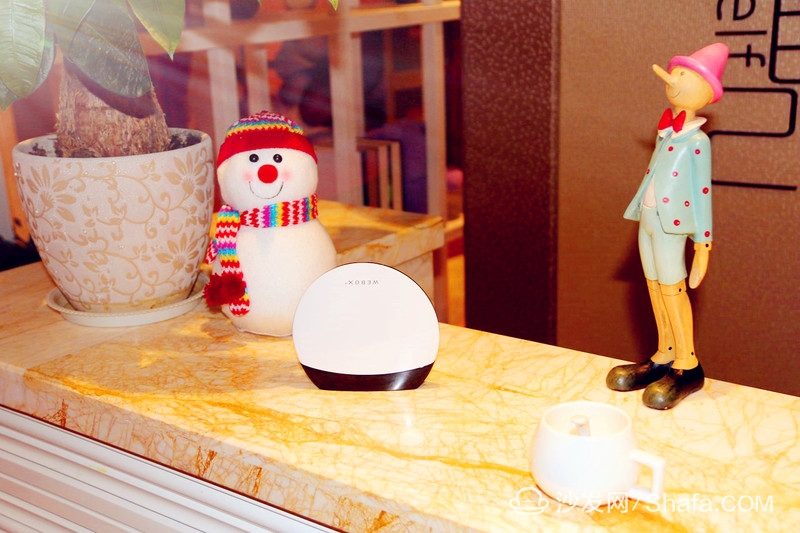 ã€sequenceã€‘
The naming conventions for network box products have been very confusing. There are roughly the following reasons for the classification.
First, the old bottle of new wine, configuration upgrade, the appearance of the same or fine-tuning, the model with the upgraded version, the flagship version, sub-generation products, or in the product model with S, PRO, SE and other words to distinguish. There are three reasons for this. First, it eliminates the need to re-impose the mold, consumes inventory of mold packaging, and secondly, most of the online boxes are sold online. The model is easy to use for brushing. The third is to facilitate the creation of classic flagship models. Also easy to remember to buy. Most major manufacturers like this kind of marketing, such as Tianmin, Haimeidi, and Kaiboer.
Second, use capital letters as a prefix to distinguish the grades of their products, such as Haimeidi or Kaibol's A, H, Q series products, followed by Arab or Roman numerals, to distinguish product grades, to facilitate product positioning and pricing. Products named in this way sometimes have a series of naming conventions for digital models that are irrelevant to the level of configuration of the products. This makes ordinary users dazzled and cannot be distinguished from the naming conventions by their names.
Third, use the Arabic numerals to iterate, followed by the letter suffix, to distinguish the product model. Its representative manufacturers are Tmall and Taijie, not only ordinary users, even players in the industry are difficult to distinguish from the name of the product quality or difference.
Today we evaluate the protagonist Tektronix WEBOX30V, is such a product that allows users silly and unclear, WEBOX 30V, WEBOX 30, WEBOX 30C, WEBOX30PRO, these are also part of the 30 series of the Thai Jie box in the end there is a difference ?
Here I no longer list those dazzling configuration parameter comparison chart, just simply list the similarities and differences of the above several products, better and poorer, free user comments.
WEBOX 30C is an example of these products, in addition to the appearance of the circle from the square, the configuration is the lowest of these products, using Rockchip RK 3229 quad-core chip program, 1G storage, 8G FLASH Memory.
WEBOX 30PRO is the highest configuration of these products, using Rockchip RK 3368 eight-core 64-bit chip program, 2G storage, 16G flash memory.
WEBOX 30 and WEBOX 30V is the same from the hardware configuration to the appearance of the interface, using Rockchip RK 3368 eight-core 64-bit chip program, 1G storage, 8G flash memory, the only difference is that the former is an ordinary remote control, the latter Upgrade to Bluetooth Voice Remote.
Let us come to know about this WEBOX 30V below.
ã€Unpackingã€‘
The 30V is packaged in a double carton with a kraft carton on the outside and a white carton on the inside. 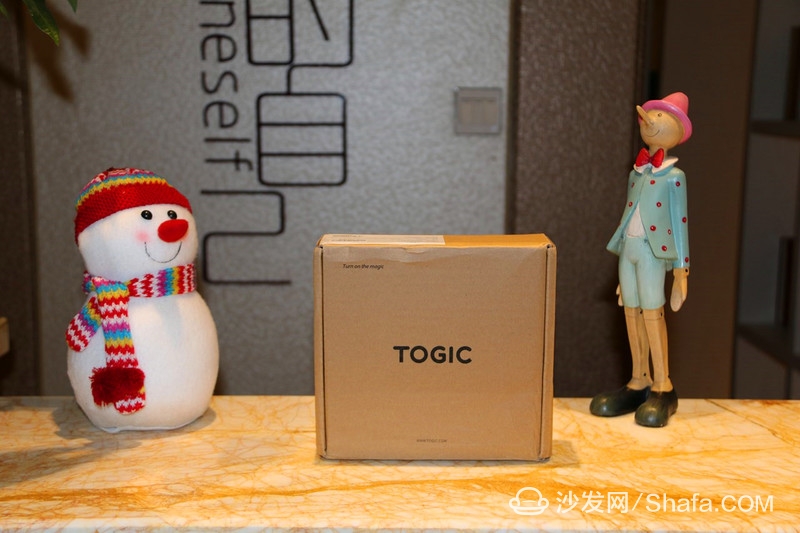 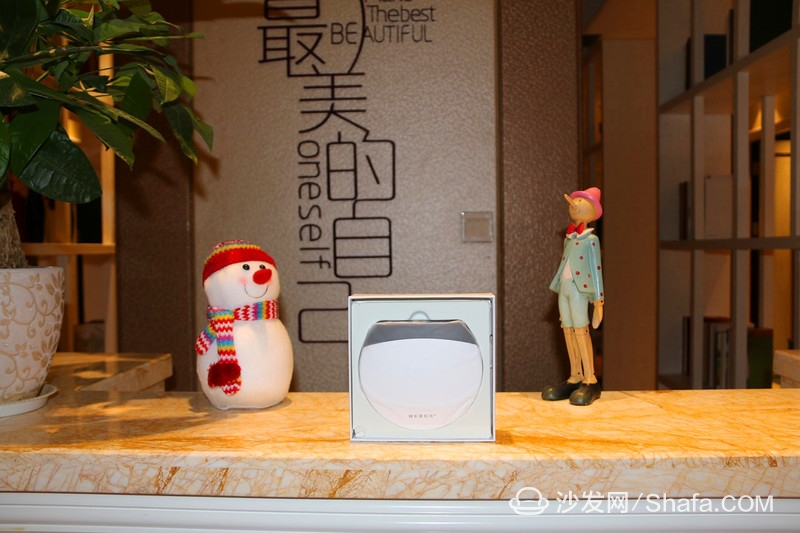 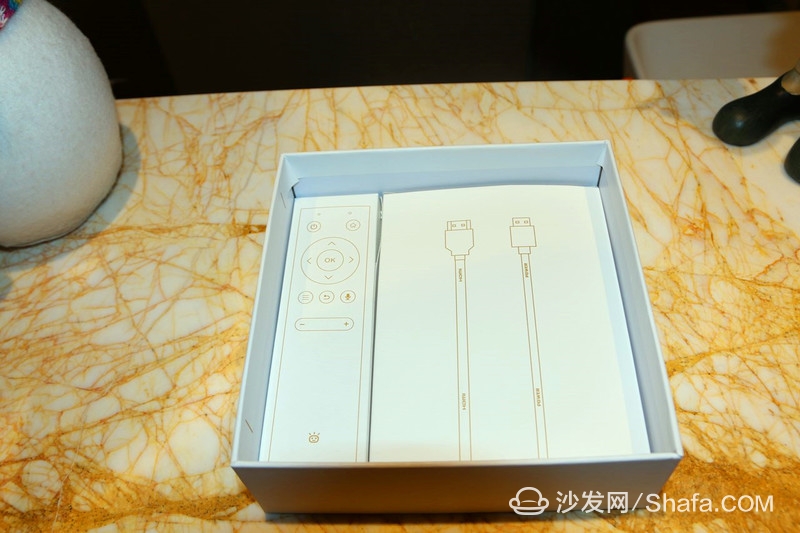 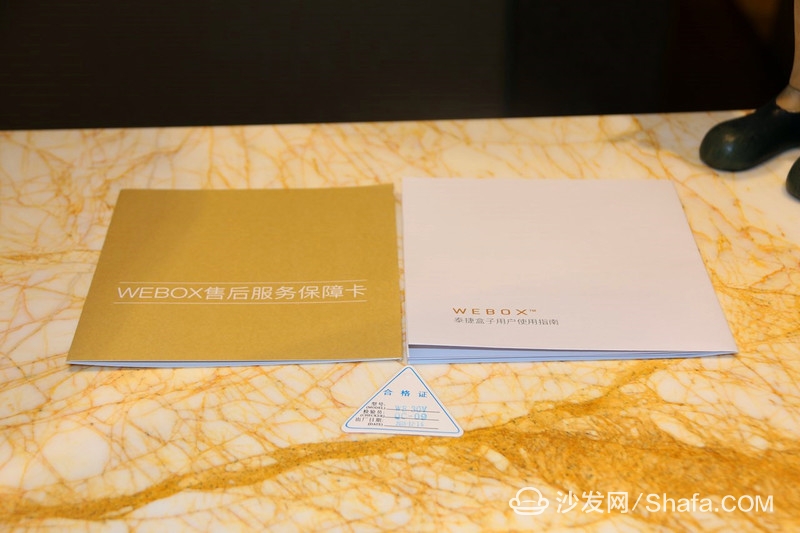 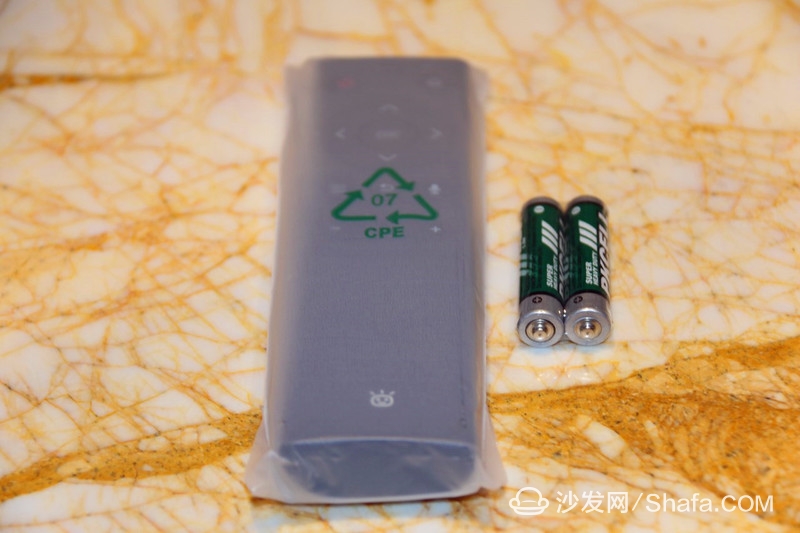 The remote controller adopts Bluetooth signal, 12-key design, adds a voice button, the key button is short, the feedback is soft, the layout of the buttons is not reasonable, and the difference between the remote control and the Android box is larger. The return button is set at The central control of the remote control is very strange and is not conducive to blind operation. 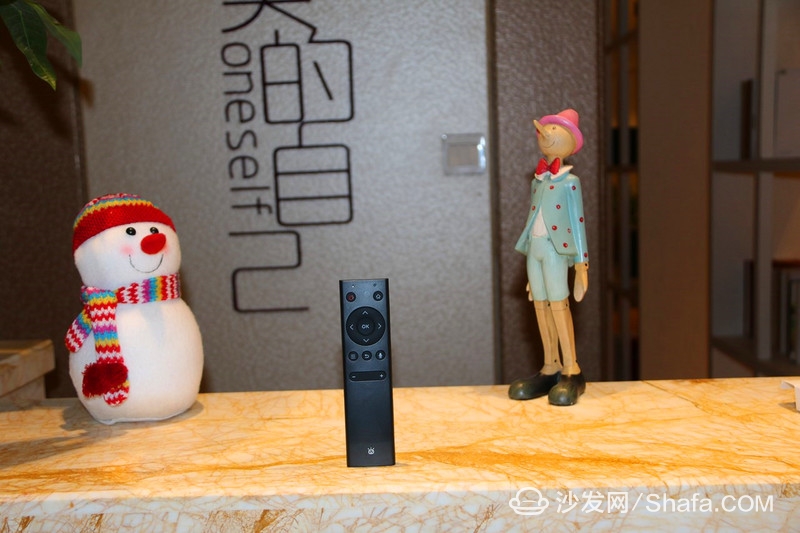 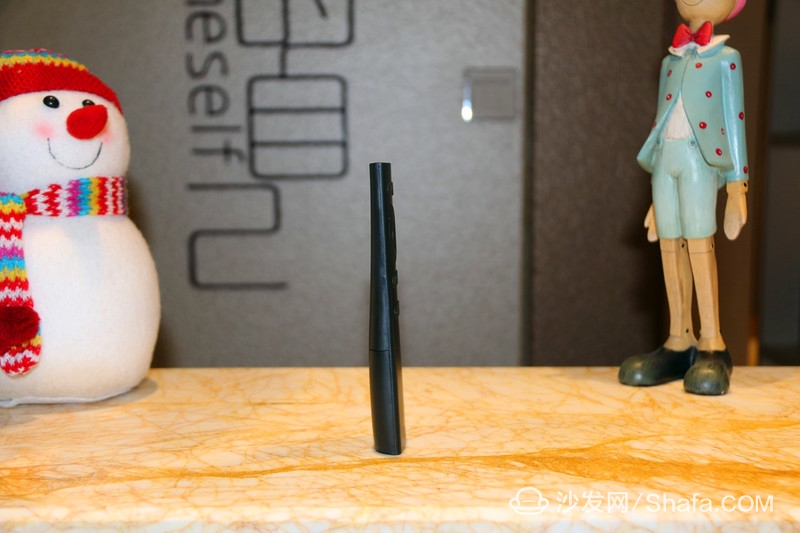 The HDMI cable with Taijie LOGO can work well. 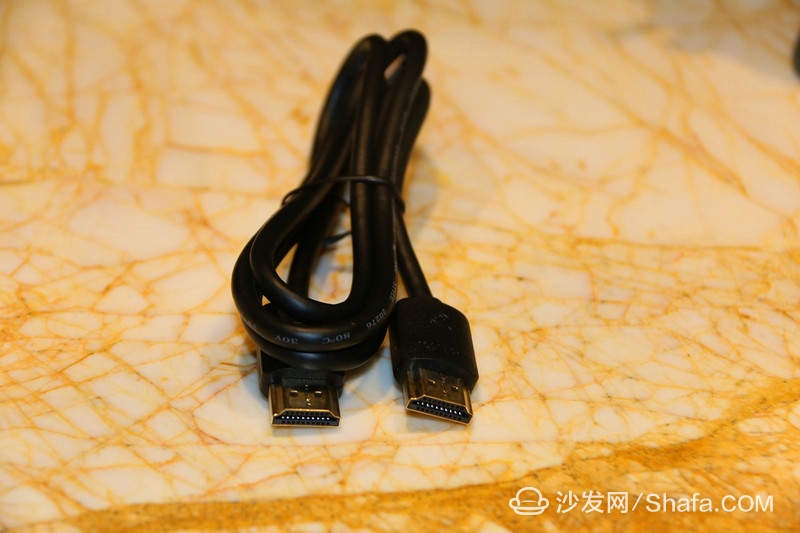 Split-type design of the power adapter, using 5V, 2A specifications. 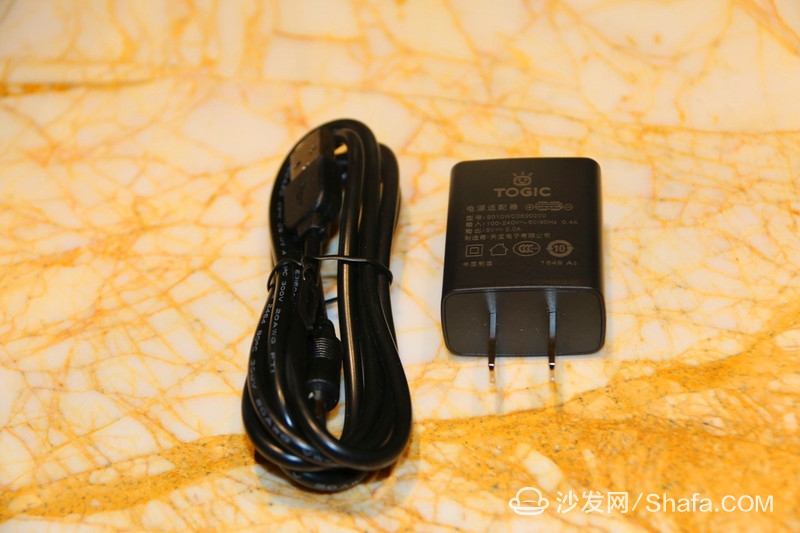 As mentioned before, WEBOX's toilet seat model was once sensational, high-quality engineering plastic materials, paint technology, circular design, classic black and white color, can indeed exist as a TV cabinet on the landscape. 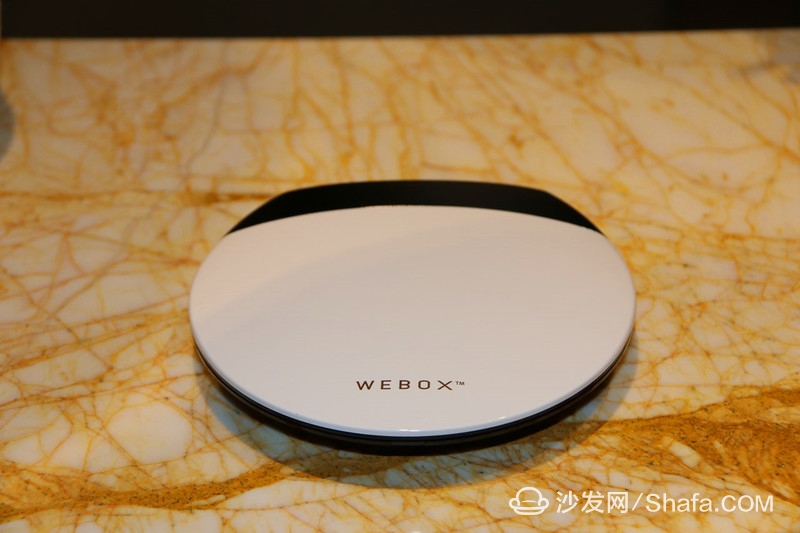 From the bottom, it looks more like a UFO. 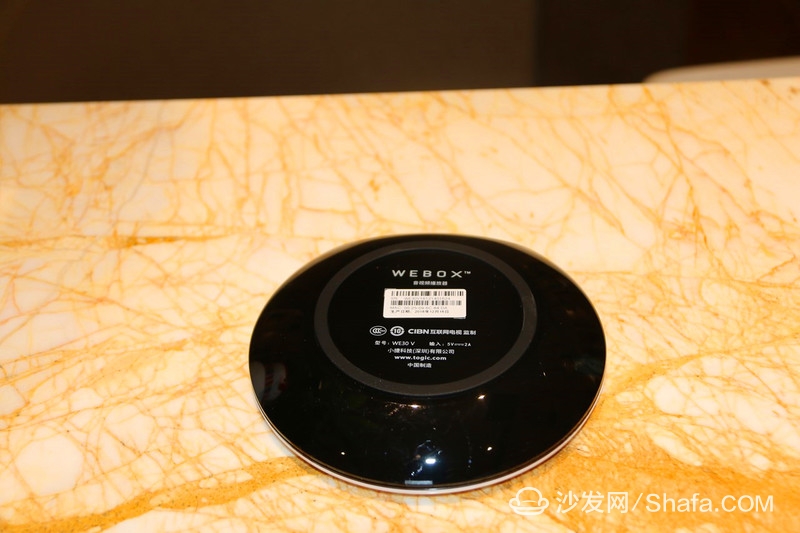 The interfaces are all located on the back panel, adhering to the simple and concise design of the Taijie box, a power interface, a USB2.0 interface, a MICRO SD CARD slot, a wired network port, an HDMI2.0 interface, a Reset hole and an AV interface, Can meet general application needs. 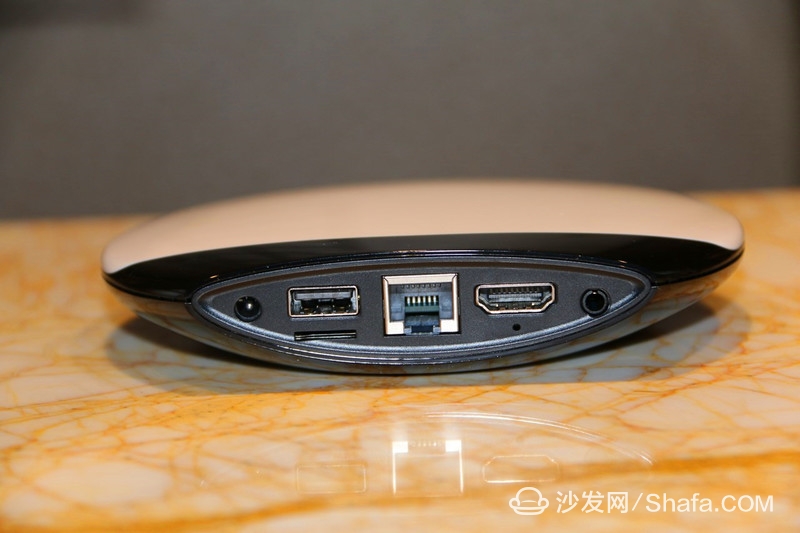 Let's take a close look at the scenery in this living room. 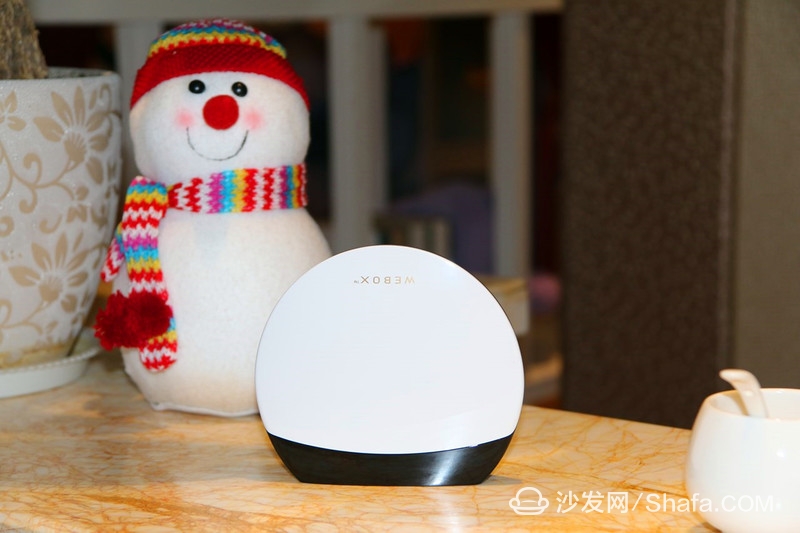 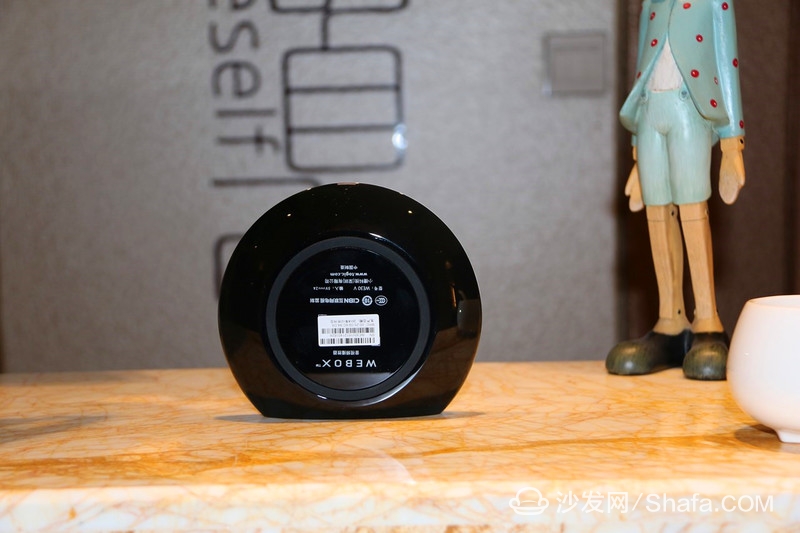 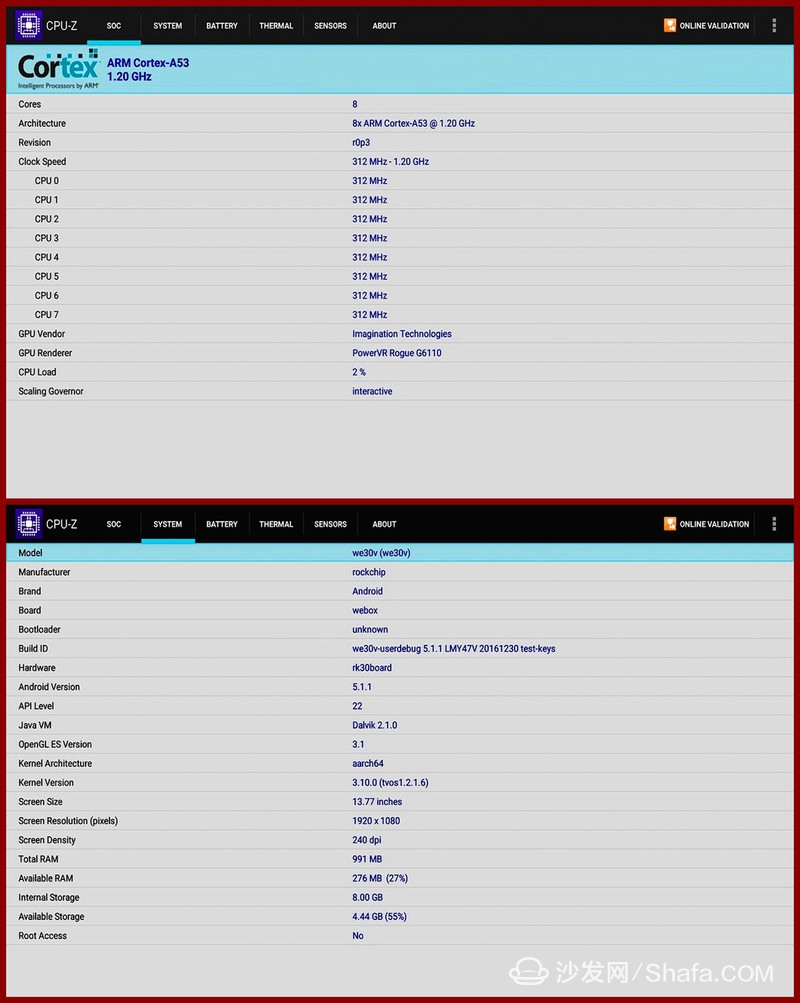 The official configuration parameters are as follows. 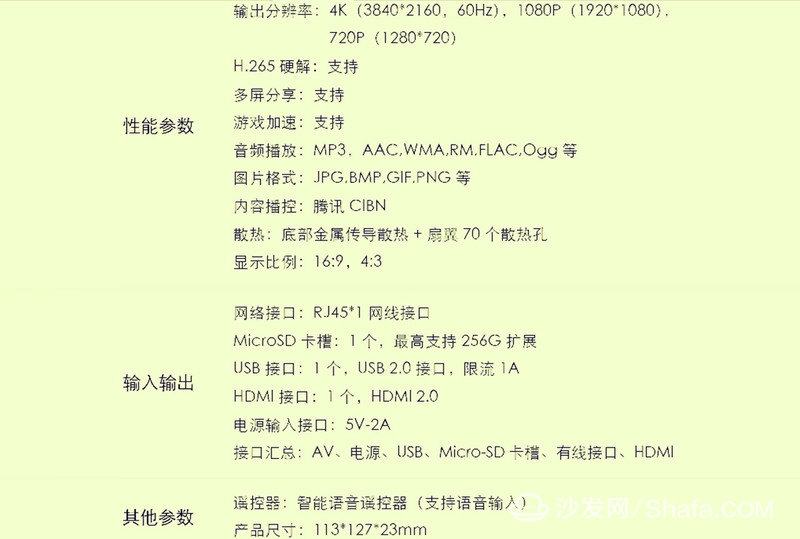 30V uses Rockchip RK3368 chip solution, 1G storage, 8G flash memory, PowerVRG6110 GPU, Bluetooth 4.0, Bluetooth remote control as standard.
When the security rabbit V6.2.1 failed to run, it failed to pass the 3D test interface and entered an infinite loop. The local playback capability of the Taijie WEBOX has always been criticized. The general support for 3D video is as follows. Detailed evaluation will be given below.
WIFI analyzer test results are as follows, 30V supports dual-band WIFI, in which "yehaifeng" signal is 2.4G signal, "yehaifeng5" is 5G signal, the distance from the router is 30V linear distance of 3 meters, spaced double-layer panel structure furniture.

The Nenamark 2.3 test results are good. 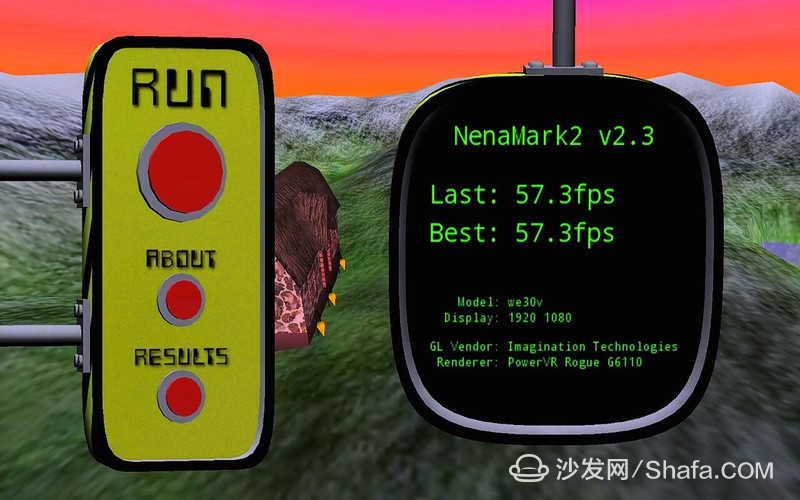 30V pre-installed player is very few, most of the audio and video file decoding only one way to open the Thai Tiger video APP, 30V does not support the DTS encoding format audio files, which results in a variety of video test screen without sound, for other formats Audio support is acceptable.

Since the aforementioned built-in player has only one type of T-Video, 30V performs very well for decoding 3D and high-rate 4K videos, and many videos will appear as unplayable prompts and support H.265-encoded video. Support for mainstream format video has been improved over previous generations. 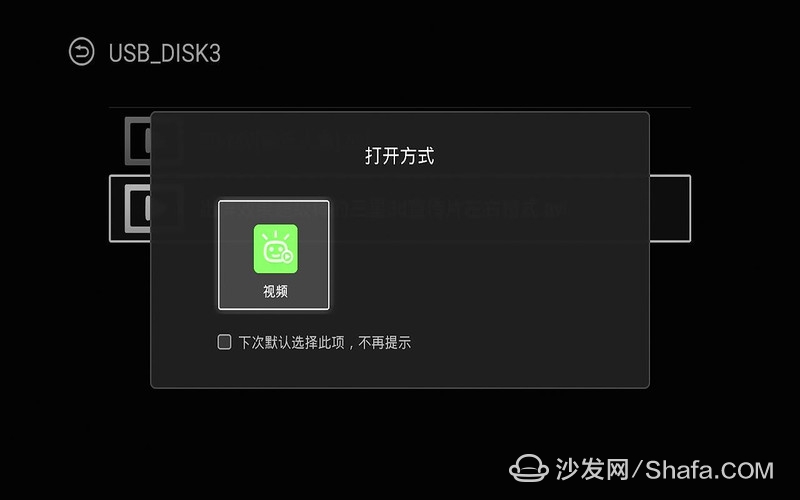 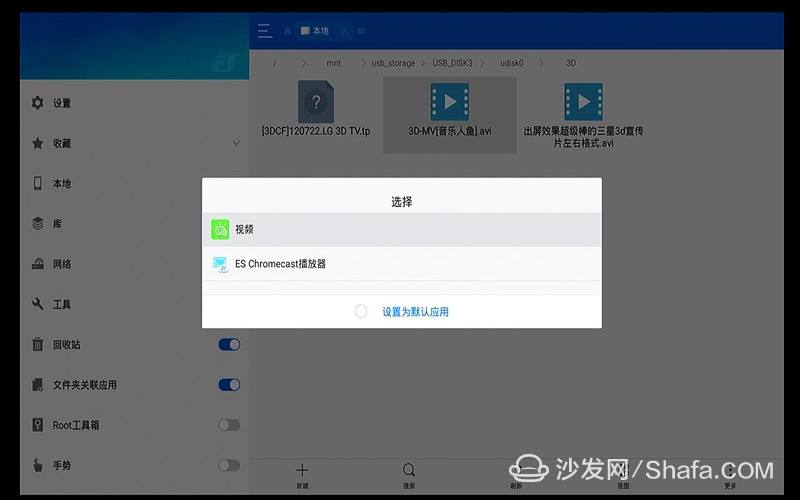 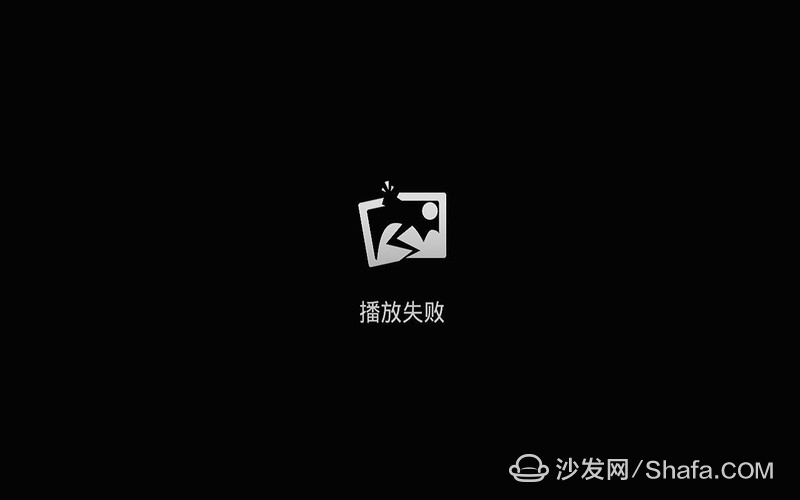 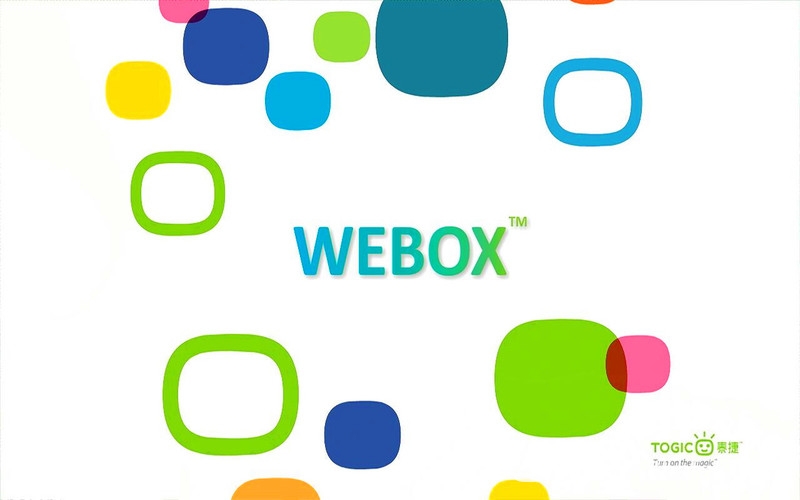 The first time you turn on the phone, you need to pair the Bluetooth remote control. 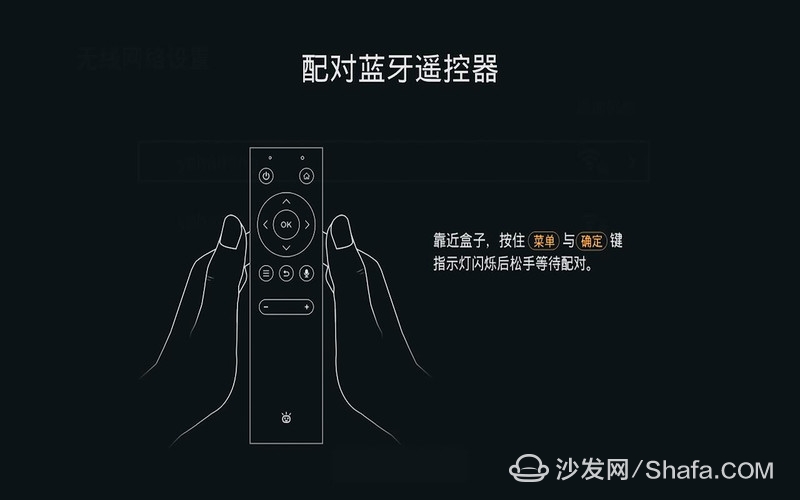 Then follow the prompts for network settings to enter the UI interface.

By default, WEBOX can display settings based on the display terminal. Generally, users do not need to set additional settings. Entering the system for the first time will automatically enter the system and upgrade the Bluetooth firmware.

After the upgrade of the system, the boot screen has changed and is more concise and bright.

The UI uses a horizontal arrangement, which is concise and clear, including a casual look at (self-run carousel channels), Tai Jie video (video on demand), game centers, app stores, and installed applications.

Just take a look and rotate the channel.

The content of Taijie Video comes from the licensee's online video platform CIBN. It adopts the VIP membership system. Most of the newer video resources are chargeable content.

A large part of the video content of the Thai-Thai video comes from the Tencent video that belongs to CIBN. For example, this is the hottest ghost blowing light in the ancient city.

With VIP membership, free users can only look for 5 minutes.

Nowadays, haze is rampant. It is also a good way to practice aerobics and yoga at home. 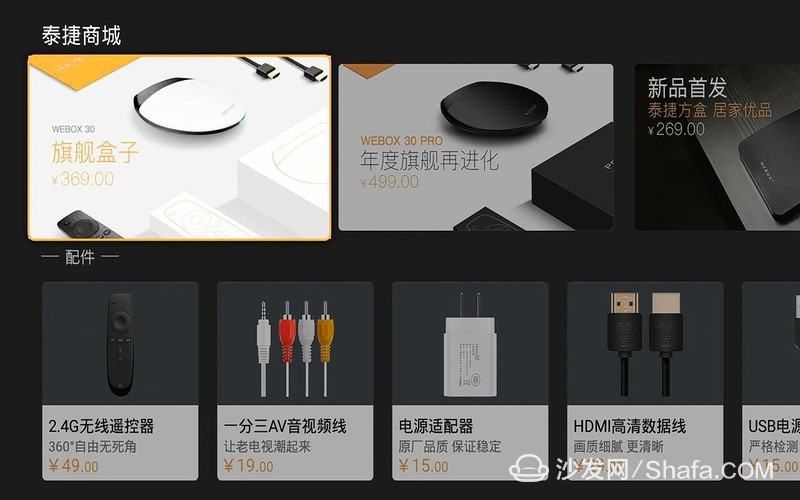 The WeChat photo album function of the Taijie Box is a major feature. It enables simple multi-screen interaction through WeChat tying accounts, and the photo is shot to the big screen for display and sharing.

30V main voice intelligent interaction, press and hold the voice key to speak out the demand, 30V will complete the corresponding instructions. The measured voice function, because the use of 1G storage, and the firmware is not optimized to a high degree, there will be more delay in voice manipulation, continuous voice commands, or more background running procedures, or even suspended animation. Because of the different interaction interfaces, 30V voice interaction does not seem to be achieved through the most common Xunfei language software. This voice interaction software has a good speech recognition rate and can recognize Putonghua relatively easily, but it can form a range of effective interaction. Narrow, limited to the weather, video on demand, start part of the application program, play a variety of control instructions in the process of the movie, etc., while the information flight point has been relatively mature start broadcast, train time query, flight inquiry, stock market query, answer Interactions, translation calculations, joke stories, ancient poetry recitations and other interesting features can not be achieved, as long as there are voice commands beyond the above mentioned features, 30V will default to jump to video content search, of course, the result is no reference value. Furthermore, subject to the restrictions of the CIBN library, some old films or new films are not easy to get satisfactory search results. 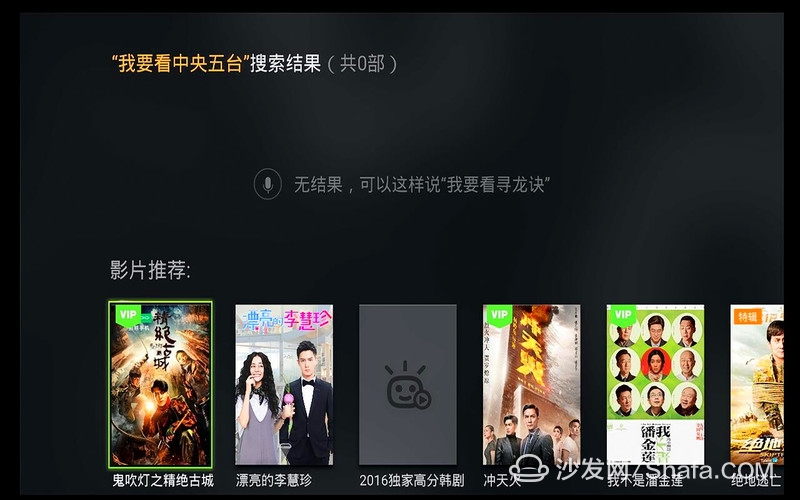 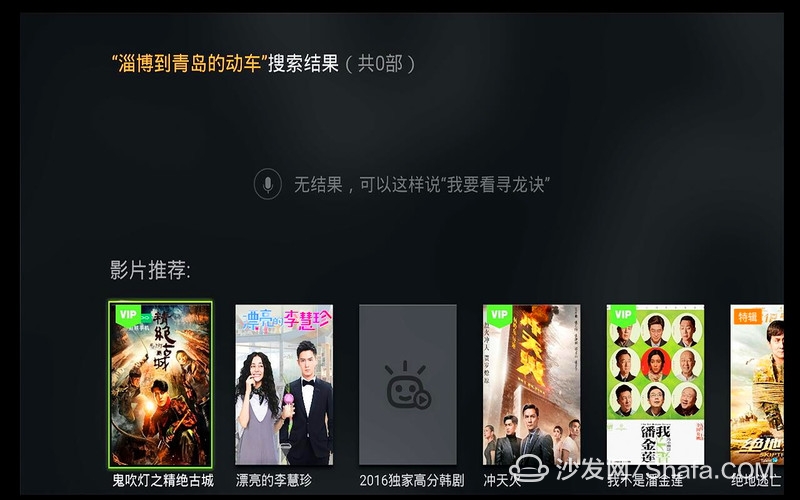 1. In memory business since 2000: we are memory experts !
2. 100% testing: we strictly test every module before shipping!
3. Quick Delivery: we always have enough inventory , so we can ship fast !.
4. Secure payment: We are ok with HSBC and accept paypal.