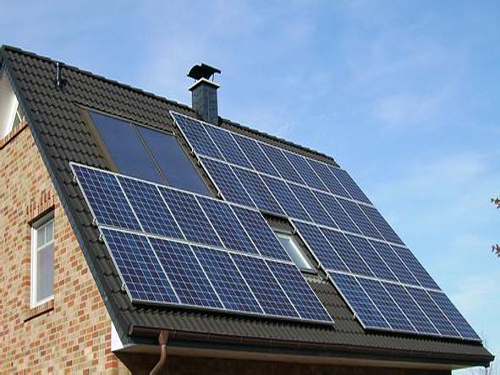 According to the latest requirements of the National Energy Administration, the following five kinds of behavior in the development of photovoltaic power plants will be prohibited in the future: when the project is jointly developed and transferred project assets, the government's filing documents and related rights and interests are transferred on a compensation basis; before the project is put into production, without the consent of the filing authority, Unauthorized transfer of the project to other investment entities; Local governments' energy authorities at all levels restrict entry of foreign companies and require companies to forcibly purchase products such as local photovoltaic panels; local governmentsâ€™ energy authorities at all levels will charge fees from companies outside of national laws and regulations or Apportioned expenses irrelevant to the construction of the project; the competent authority of the local governments at all levels, when competitively deploying photovoltaic power plant resources such as bidding, uses resource use fees as competition conditions.

This is since this month. Following the â€œNotice on Launching the Special Supervision on the Investment and Development Order of Newly-built Power Projectsâ€ and the â€œNotice on Further Strengthening the Construction and Operation Management of Photovoltaic Power Plantsâ€, the two papers have been issued to rectify the photovoltaic speculation behavior. The National Energy Administration is The third punch in combating the power of PV power plant rent-seeking and speculative downside behavior.

Different from the previous two announcements, the contents of this notice are more detailed, the measures are more effective, and the main responsibility is more clear. The scope of rectification includes planning, resource allocation, record management, road resale, local protection, national energy bureaus and dispatch agencies, and division of responsibilities among local energy authorities. All have very clear requirements.

Since last year, the power of examining and approving photovoltaic power generation projects was transferred from the central government to the provincial or lower level local government departments and managed according to the filing mode. In some places and projects, there has been a phenomenon of unfair distribution of resources. For this reason, the â€œNoticeâ€ requires provincial and sub-provincial places. The government's energy authority should set up corresponding project construction standards and other requirements in accordance with the nature, scale, and specific requirements of different PV power plant projects, and announce them to the public. Encourage the use of bidding and other competitive methods to allocate project resources and select project investment entities.

The record management is a key link in the development of photovoltaic power plants. The National Energy Administration requires that local project documentation should specify the project construction content, investment entity, construction site, and external construction conditions, etc. The characteristics of the photovoltaic power plant project development cycle is short, and the filing documents The term of validity and the conditions and procedures for revocation and change should be clearly defined. If the construction is not started within the validity period and the extension is not applied according to regulations, the project filing document will automatically become invalid after it expires.

"Closed-loop supervision" is a major highlight of this "Notice" and a line of defense that guarantees the effective implementation of the "Notice".

In the future, the National Energy Administration dispatched agencies will conduct closed-loop supervision over the entire process of project resource allocation, project filing, project construction, grid access, grid operation, full-scale grid access, electricity tariff execution, and electricity bill settlement. If the dispatched organization finds illegal activities in the allocation of resources and transfer of photovoltaic power plants, it shall notify the competent energy authorities of the provinces (autonomous regions, municipalities directly under the Central Government) where it is located and report regulatory information to the National Energy Administration.

For the phenomenon of resale roads existing in the investment and development process of photovoltaic power plant projects, the â€œNoticeâ€ requires that enterprises applying for PV power plant projects should use their own (as the controlling party) investment development for the purpose of carrying out projects in a timely manner in accordance with plans and annual plans. Construction. For project cooperation development and transfer of project assets for justified reasons, the government filing documents and related rights and interests cannot be transferred for compensation.

For those companies that do not invest in development for their own purposes, but use reselling project filing documents or illegal transfer of improper profits, the National Energy Administration requires that all levels of energy authorities should stipulate that they cannot be developed as investment entities within a certain period of time. Photovoltaic power plant project.

For some localities that have appeared in various places to protect and increase corporate burdens, the â€œNoticeâ€ requires that local governmentsâ€™ energy administrations at various levels should formulate rules that are open and fair when deploying photovoltaic power plant resources, and may not restrict the region for various reasons. Any enterprise outside the conditions for entry shall not impose on the company the requirements for forcibly purchasing products such as photovoltaic panels in the region. In the configuration of photovoltaic power plant resources and project filing, no fees outside the national laws and regulations may be charged to the enterprise, nor any costs unrelated to the project construction may be apportioned to the enterprise in any form, and competitive resources such as bidding may be used to allocate the photovoltaic power station resources. No competition on the use of resources, etc.