The development of the robot industry in 2016 is inspiring. The development of industrial robots is the most prominent. More and more industrial robots have entered the factory, and the era of industrial robots has gradually arrived. Recently, the global technology trend report released by FROST&Sullivan, a world-renowned consulting service company, showed us the general trend of the development of China's robot industry in the coming year. The report shows that in 2017 China will become a "super robot" big country. Moreover, as the proportion of humans and robots continues to increase, China will exert its great potential in the field of robotics in 2017, making competitors â€œunreachableâ€.

2016 is about to pass, and the new industrial development in 2017 has slowly started. As a robot with great potential in the current smart manufacturing industry, what changes will its market development see in the new year? 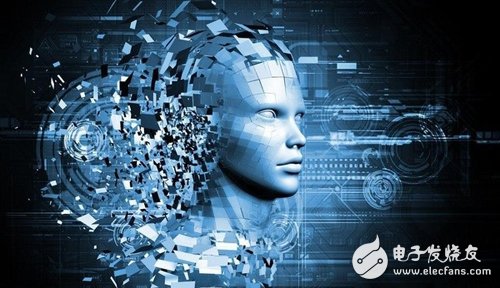 Since the birth of the "Yehan No. 1" robot in 1987, the robot industry has formed an industrial cluster of robot R&D, manufacturing, engineering applications and parts and components. The robot technology and industry have grown from "runners". For "parallel."

At present, the industry has put forward the concept that "China's robotics technology and industry need "smart" development, and automation promotes industry promotion". Modern manufacturing has high requirements for the openness of robot controllers. It requires that it can be transplanted between different platforms and can interact with other application systems. The low conversion rate of technological achievements is the pain point that restricts the development of intelligent manufacturing. The key constraints of robotics and intelligent manufacturing in China are not closely combined in the "production, study and research", but this situation has been improved in 2016. According to the statistics of domestic industrial robots in the Chinese market in the first half of 2016, China's domestic industrial robot market Good sales, improved structure, and display industry development are on the rise. I believe this good trend will continue into 2017.

With the increasing popularity of robots, the original operators have gradually liberated from simple labor positions and turned to more complex management, design, technology development and maintenance. It can be seen that the collaborative robot can best meet the latest development trend of the robot, because it can better adapt to the requirements of the industry in terms of flexibility and perception of the robot, and the human flexibility, adaptability and problem-solving ability and robot. The combination of strength, durability and accuracy of motion brings model innovation to the production and assembly process. This allows Chinese robotics companies to see the opportunity to â€œget rid of the role of followersâ€. China's collaborative robots are welcoming the opportunity of â€œovertakingâ€. .

The disappearance of demographic dividends, policy support, and upgrading of industrial structure are the three driving forces driving the long-term development of the robotics industry. From the analysis of the profit distribution of the industry chain of the robot industry, the profit margin of the upstream core components and downstream integrators in the industry is higher than that of the mid-stream ontology enterprises, but the standardization rate of the ontology enterprises is high and the expansion is fast, so the industry is more optimistic about the channels and strong technology. Ontology manufacturing companies and integrators with customer resources. Robots and automation equipment are widely used in applications. Based on demand growth and competitive situation analysis, the three sub-areas of professional-grade drones, new energy vehicles and logistics robots have strong demand and large development space.

A very important trend in the robotics market in 2017 is that robots will become more and more "high IQ". Nowadays, many robots are constantly changing in terms of cost and technology, becoming more and more intelligent and more in line with the needs of production and life. The perception of robots used in the industrial field has always been on the robotic arm for simple repetitive work. At present, information technology such as microelectronics, big data, cloud computing, mobile internet provides a powerful guarantee for the intelligent development of robots. With these advanced information technologies, robots will become smarter, more humane, and more in line with people's production and life needs.

The great success of artificial intelligence technology this year has brought breakthroughs to the development of robots. Alpha dog victory over Li Shishi has convinced the world that the current robots can better communicate with humans under the control of artificial intelligence. In the field of robotics, in addition to industrial robots, external companion robots are gradually integrated into our lives. As the research on companion robots deepens, products are gradually subdivided. Taking children's companion robots as an example, the products have been able to develop different robot products according to the needs of children of different ages. In the future, as technology matures, companion robots can be customized to the private world while entering daily life.

In the development process of Industry 4.0, replacing labor with machines has always been the goal of industry development, and machine manufacturing has become one of the development directions of major manufacturing enterprises. With the gradual maturity of industrial robots, major companies have gradually begun to put "machine substitution" on the agenda. The most typical case is the large-scale layoffs of Foxconn this year. As Apple's largest foundry, Foxconn has deployed more than 40,000 robots to replace cheap labor, and the Foxconn Kunshan plant has also laid off 60,000 people. For manufacturing companies, industrial robots can achieve the advantages of a series of manual operations, such as standardization of work processes, no emotional impact, and uninterrupted work. This has led many large manufacturing companies to switch to machine manufacturing. Replace manual manufacturing. As a labor-intensive industry, the 3C manufacturing industry has always used manual labor to repeat high-intensity labor. Although the current 3C industry's robot penetration rate is not enough, it also proves that the future market prospect is large, and it is a research and development direction worthy of grasping by robot companies.

Embedded thermal printer supports two modes of small ticket/label, and supports multiple communication interfaces, such as RS232, TTL, USB and other communication interfaces, so that more users can accept it and make the product more friendly. Widely used in various fields: self-service terminal equipment such as large-scale department stores, medical treatment, factories, etc., with simple appearance design and supporting various system development. It does not need carbon ink, adopts thermal printing technology, and only needs thermal paper roll to print all kinds of content. It is an economical and fast printer. Support the secondary development of major systems. Such as MCU, Android, Raspberry Pi, WINDOWS, etc. There are two types of manual tearing and automatic cutting.