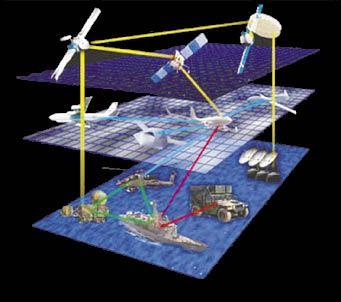 On May 17, the 4th China Satellite Navigation Academic Annual Meeting with the theme of â€œBeidou Applicationâ€”Opportunities and Challengesâ€ came to a close in Wuhan. Yang Qiangwen, a researcher at the China Satellite Navigation System Management Office, revealed at the annual meeting of the Applied Industry Forum that a number of domestic companies in China have joined hands with major mobile phone manufacturers in China and are developing Beidou's autonomous multi-system compatible navigation chips, which will form strong competitive strength with foreign companies. Once the product is on the market, the Beidou application will explode.

He said that the government strongly supports BeiDou and continues to invest heavily in BeiDou applications. It has directly invested about 3.5 billion yuan, and it is expected to invest about 7 billion yuan by 2015.

The Beidou products have already obtained preliminary application: The Beidou chip market is developing rapidly. At present, the major Beidou chip manufacturers in China have achieved great results in the â€œPearl River Deltaâ€ and transportation, weather, fishery and Other regions and industry demonstrations. The chip sales volume has reached 2012 About 600,000 pieces, it is expected that sales volume will be more than 1.5 million in 2013.

Beidou's high-precision application fields are rapidly developing. Chinese domestic manufacturers adopt Beidou-compatible high-precision receivers that are significantly superior to GPS/GLONASS receivers in terms of positioning stability and accuracy. Compatible with BeiDou has become a popular trend in the field of high-precision mapping. .

China's large-scale integrated enterprises have also rapidly participated in and involved in the development of the Beidou industry. Initially, economies of scale have emerged. For example, China Aerospace Science and Technology has launched a national freight vehicle BeiDou Dispatch and Supervision Platform. The goal is to complete the installation of 10 million BeiDou terminals free of charge and to carry out value-added operation services.

Yang Qiangwen stated that the first-generation basic products of China's Beidou have been fully commercialized, and the second generation will be released in the second half of 2013, basically in sync with the international market; the overall performance of Beidou's basic products has basically reached the international level and has initial competitiveness; The mainstream domestic IT and integrated enterprises began to join the BeiDou application, which will promote the rapid scale of the BeiDou industry.

He said that the Beijing Municipal Government and Hezhong Think jointly invested in the construction of the "Beijing Beidou Navigation and Location Service Public Platform" in early 2013 to provide a location tag for Beijing to build a smart city, which will involve "smart government affairs," "smart industry," and "intelligence." The three service dimensions of the people's livelihood have been derived from public security, transportation, electricity, land, agriculture, finance and many other industries. China has 154 cities that have clearly defined plans for the construction of smart cities. The introduction of the Beidou system will not only save Beidou's promotion fees, but will also quickly use Beidou's large-scale applications based on the application of various industries in the city.

â€œIn almost all industries, there is an opportunity for the application of BeiDou.â€ Yang Qiangwen stated that the era of mobile internet has come to an all-round way, and satellite navigation is the basis of mobile computing. The addition of intelligent terminals plus cloud computing to increase data will undoubtedly contribute to the development of the BeiDou system. , Application promotion provides important strategic opportunities.